Just before the holidays in 2021, the marketing team at Mural was met with the most brow-furrowing of work problems: Company leaders presented them with an abstract-sounding challenge and gave them a hard deadline to figure it out.

Mural was going to complete its first acquisition in its 10-year history and establish a new market category. But how does one launch a new category? And what is this new category? How does one communicate that positive transformation to customers? How would they pull it off in time for the CEO to make a big speech about this evolution during a highly publicized conference?

Mural, then a provider of digital whiteboards, would become a collaborative intelligence company. Here’s how it happened.

This story is part of The Workback, a series on co-creation and accomplishment by innovative, fast-moving companies.

“At startups, you hear whispers of [big changes that are going to happen] because execs and leaders are already starting to talk about them,” Jessica Zech, Mural’s director of integrated marketing strategy, tells Asana. “And [those changes] will eventually be handed down to us.”

Mural, founded in 2011 by Mariano Suarez-Battan, Agus Soler, and Patricio Jutard in Argentina, began as a digital whiteboarding company. “How might we make visual collaboration easy?” was the question the founders asked themselves more than a decade ago.

Mural found itself in a newly crowded category as millions of people looked for solutions to collaborate remotely.

Businesses of all sorts and sizes were reinventing themselves or pivoting to meet new needs during the pandemic. Mural’s reinvention happened because leaders at the company kept hearing that individual productivity was going up, but team productivity was dropping precipitously. Mural needed to address this team productivity problem, which stemmed from the rapid shift to remote work, making it harder for teams to do more than simply communicate through video calls, messaging, and email. Teams needed to build stronger connections to understand, solve problems, and innovate.

Company leaders partnered with Play Bigger, a San Francisco-based consultancy that guides companies in designing new categories to better serve market needs and then adapt the product and business strategy to fulfill those needs. The multi-year strategy, executed correctly, theoretically creates new demand where none existed and sets the category-creating company apart from the pack.

Essentially, Mural would become a whiteboard with a brain.

Mural’s team found itself on a journey that would require crystalline clarity across its teams, high-speed co-creation, and a near-religious devotion to organization. Could its marketing team pull it off by the deadline remained the question.

Each March, The Economist magazine hosts a conference in London called “Innovation@Work,” where founders, journalists, CTOs, and other strategic thinkers speak on topics relevant to the evolving trends transforming workplace cultures.

Suarez-Battan, the co-founder and CEO of Mural, was due to share the big news that Mural was acquiring the Luma Institue and establishing a new category during his remarks at 4:10 p.m. local time on March 28, 2022.

First, he shared a story of how one company, Autodesk, had to reorganize its entire business when it went from a boxed software company to a cloud software company. Autodesk worked with the Luma Institute, which equips people to be collaborative problem solvers through its learning experiences, digital resources, and certification programs.

Luma’s success was that it had developed a system to help teams make better, smarter decisions faster.

That day, the people in the room knew where Suarez-Battan’s story was headed. Mural announced that it had acquired Luma and its IP—classes, certification programs, and decision models—the day before.

“We’re introducing Luma as a system inside Mural to deploy collaboration design,” he told the gathered audience.

Mural had gained the know-how to pair with its digital whiteboard platform to transform where and how teams work together.

Leah Taylor got a phone call from Play Bigger, the firm that helps companies reinvent themselves through category creation, a few months before Suarez-Battan’s half-hour keynote in London. A consultant for Mural at Cast Influence, her own public relations agency, she had a sense of the forthcoming changes.

“Mural had been at the forefront of the visual collaboration space for over a decade,” Taylor says. “By announcing Luma and introducing this new category, it was truly setting Mural apart from everyone else in the market.”

As a PR professional working closely with Mural for three years, Taylor had the questions one might expect. She rattles off a few to me: How are we integrating Luma into the Mural ecosystem? How are we communicating this to the press, analysts, and staff? How will collaborative intelligence capabilities be delivered to Mural and Luma customers?

Taylor remembers she jumped into action: “I was like, ‘All right, we need to be buttoned up, and the sooner we can start working on this, the better.'”

While a recategorization project involves all parts of the business, changing a company’s identity for the public is often as much a public relations and marketing exercise as anything else.

“The deal had yet to close.”

Mural had to implement paid advertising across the usual channels—search, display ads, and signup pages on its website. It also had to send emails to every subscriber and stakeholder and clearly share the news. Finally, it had to communicate the news within the Mural app itself.

Near the end of the journey, when the marketing, web, creative, digital, events, and public relations teams had all finalized nearly every detail of Mural’s massive transformation announcement, all was quiet.

“We were probably a week before the launch,” Zech says. “And the acquisition [of Luma] hadn’t closed.

“The deal had yet to close.”

The team had spent nearly three months assembling a plan tied to an acquisition announcement, but it wasn’t sure it could make the announcement.

Zech remembers thinking that if they couldn’t announce that Mural had acquired Luma as part of their new category launch…what would be the draw of the announcement?

“That was definitely a frightening moment of ‘can we or can’t we actually announce this acquisition publicly?'” Zech recalls.

Taylor, the PR consultant for Mural, remembers that the acquisition came down to finalizing a few remaining details, even though both teams were generally in agreement. The announcement could not be made until all parties signed on the dotted line.

“Literally up until a week before we announced, whether the deal would close in time was still unknown,” Taylor says.

Zech, Mural’s director of integrated marketing strategy, remembers the payoff moment not so much for the CEO keynote in London—though Taylor identifies that as her moment of relief.

“That was definitely a frightening moment of ‘can we or can’t we actually announce this acquisition publicly?’”

For Zech, the music started when the email signups on a landing page sharing the news started ticking over: “It was really exciting to see the landing page getting tons of traffic. People were downloading our Principles of Collaborative Intelligence. We just wanted people to read it and start thinking about [collaborative intelligence] within their own teams.”

“I think of it like a symphony where there are multiple people who have to be coordinated to make something happen at one moment in time,” Zech says. “The result is a beautiful song—hopefully.”

In the world of public relations and marketing, awareness is a reliable indicator of your success. In that regard, Taylor and Zech breathed a sigh of relief when people in their target demographic began to take notice.

“That was one moment where I felt, ‘OK, we’ve pulled it off. We did it; we were able to actually accomplish this and get everybody talking,” Taylor says.

Another external indicator of their success: Computerworld, an important publication for the company because of its audience, reported on the category launch. “Having experienced significant growth during the pandemic, the collaboration software company has made its first major acquisition and is launching a Collaborative Intelligence System to increase the capacity for teams to innovate,” the publication observed.

Now that the category launching journey is behind them, Zech and Taylor are candid about challenges in the pressurized environment. “Harrowing” is the word Zech uses when I ask her to recall the pressurized project to launch and market Mural as leaders of a new category its founders had created.

She adds, “But the end result was great and something we could be really proud of.”

“It was really challenging,” Taylor recalls. “It was some of the longest, hardest couple of months of our careers where we were all working 24/7 to get everything done by March 28.” Taylor credits the Mural platform and the Asana work management app for project management, clarity, and transparency: The team used the Asana app to assign various tasks, keep on track with daily and weekly meetings, and exchange real-time updates on progress with the Asana Inbox. They also used automated Asana features to update each other. (Mural is a customer of Asana, Inc.).

“It was probably the longest, hardest couple of months of our careers.”

When asked about deadlines influencing success on journeys like this one, Taylor says it was a driving force for effort and innovation: “I don’t know if we would have been able to pull it off without the looming deadline.” Taylor jokes that the “This is fine” dog meme was often used in instant messages about the project’s immense scope and deadline.

“The urgency created the ability for us to pull rabbits out of the hat. Whenever I have a deadline personally, or when I’m on a team if we feel that urgency, we will work hard to meet it.” 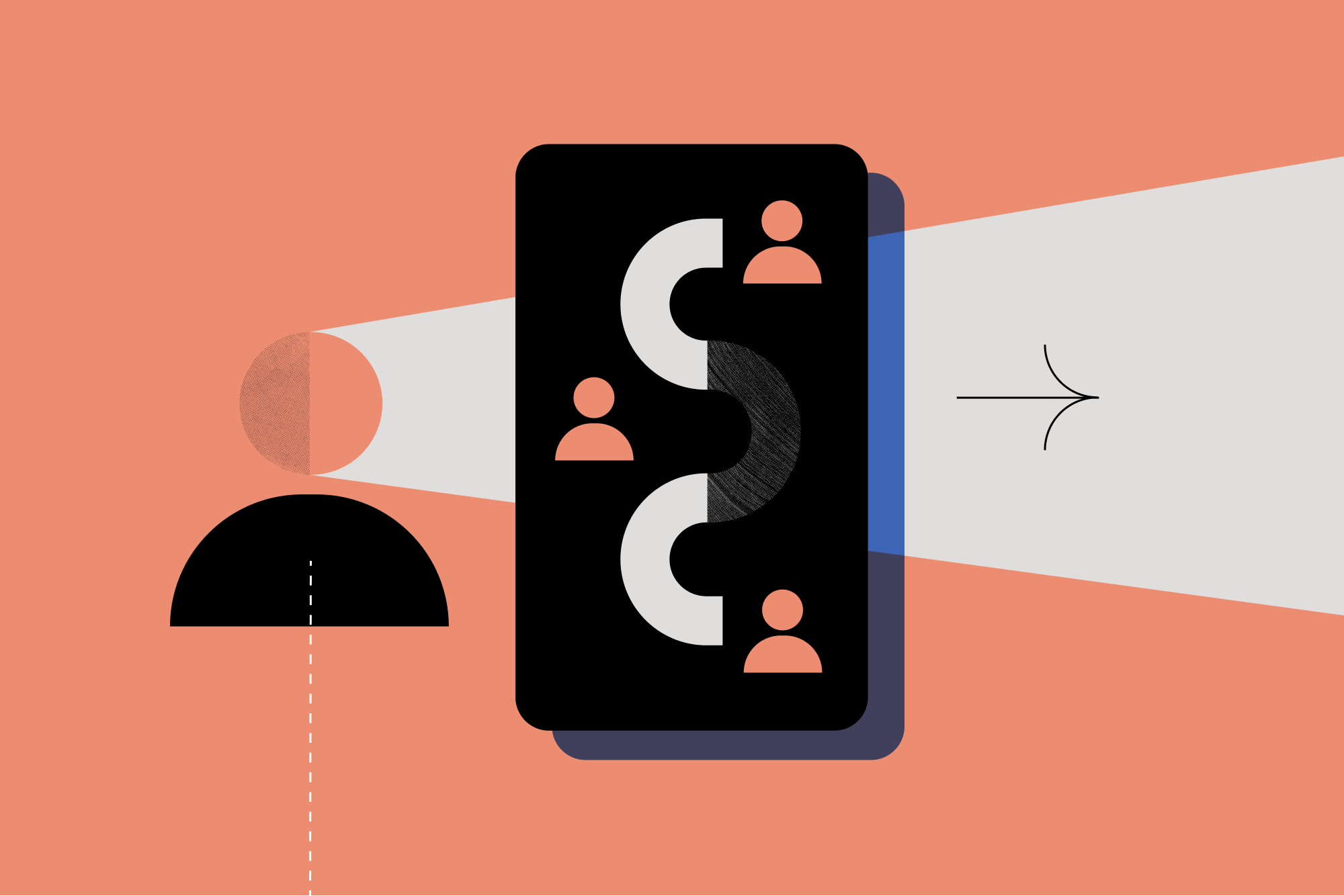